The Delva Brothers Team Up To Inspire East Ramapo Student-Athletes

Over the past few weeks, the All Sports Academy staff and sixth, seventh, and eighth graders have been welcoming in a diversified group of speakers to educate, motivate, and inspire young student-athletes. Two of these speakers are devoted coaches in East Ramapo Central School District, and they also happen to be related: Head Coach of the Spring Valley Football and Track teams Andrew Delva, and Kakiat Physical Education Teacher and Spring Valley Varsity Football's Offensive/Defensive Line Coach Rickey Delva.

Coach (Ricky) Delva is a pivotal member of this community who goes out of his way to be involved with our youth. He started off his talk by explaining about the importance of good grades, and how your actions affect your future. Coach Delva earnestly encouraged students to be positive forces to not only themselves, but those around them.

Coach (Andrew) Delva also has a way of commanding the room, and spoke about community, academics and the overlaps between athletics and academics. He talked about the importance of prioritizing academics over athletics, and made a point that “athlete” needs to have “student” in front of it. Athletic scholarships are rare, he explained, but academic scholarships are more abundant, and if you have a combination of the two, you greatly increase the likelihood of achieving one. 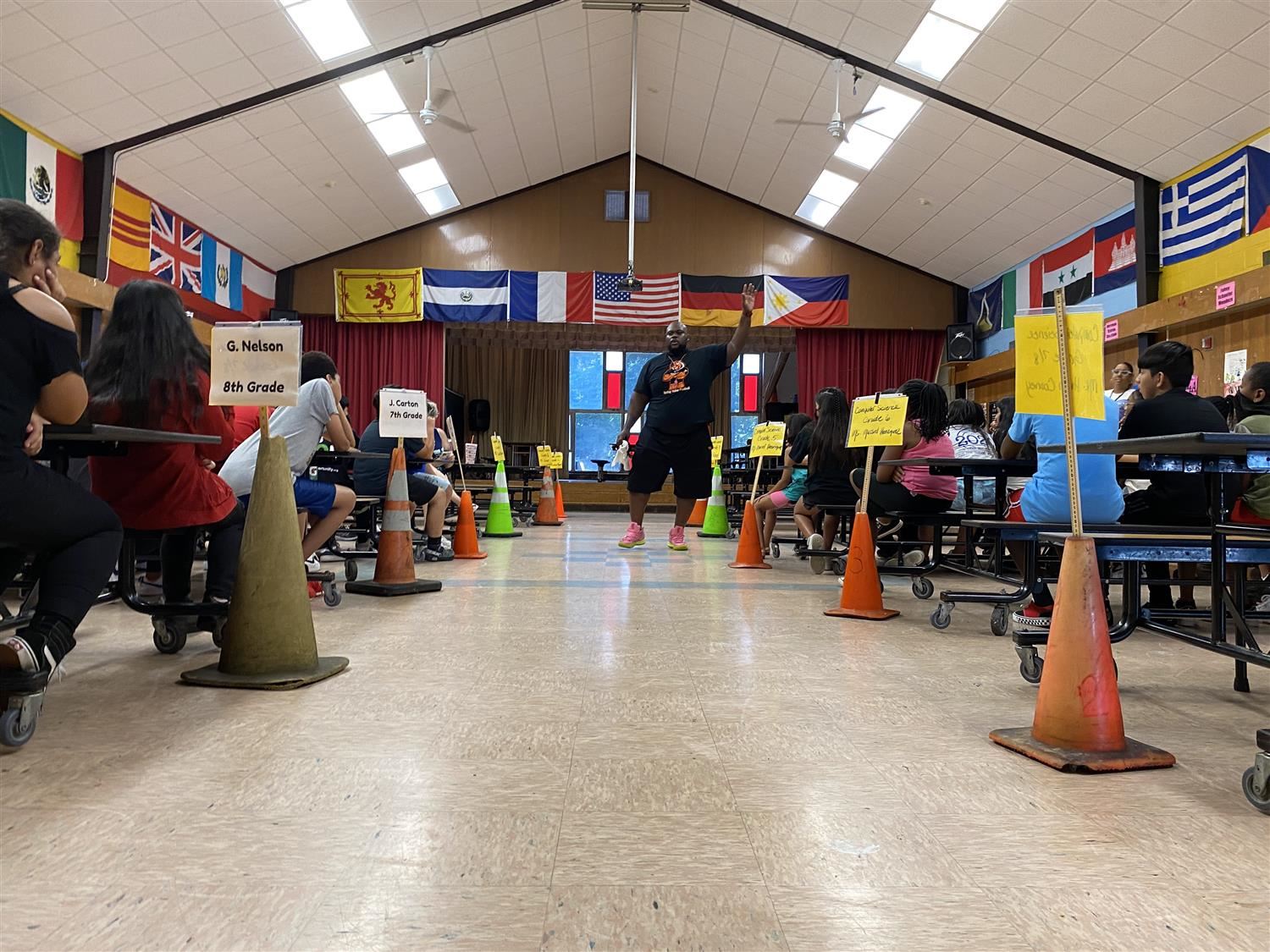 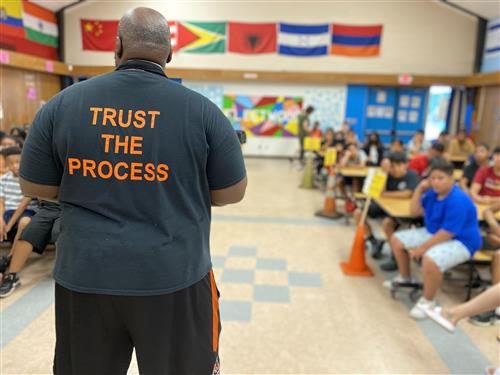 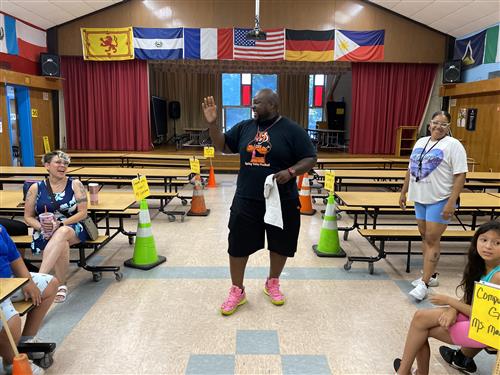 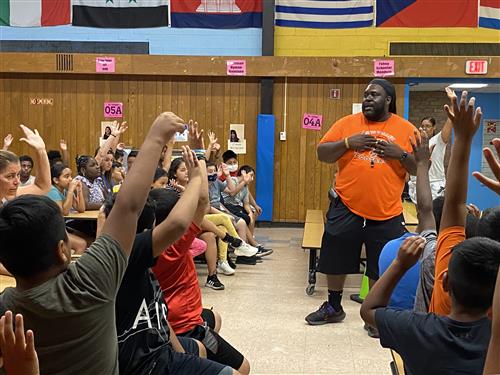 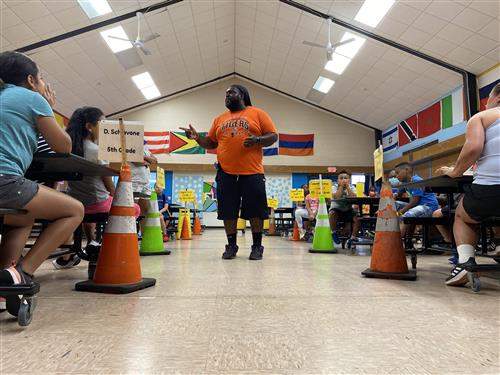 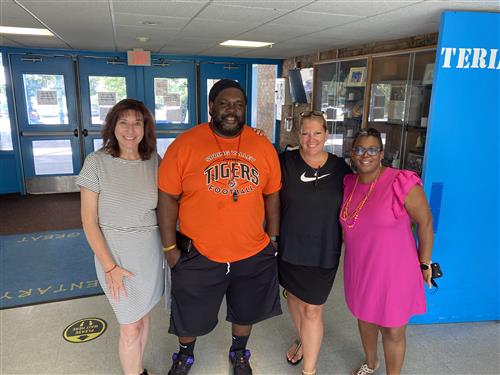 This website is maintained by the Communications Specialist of the East Ramapo Central School District. It is the goal of the East Ramapo Central School District to host a district website that is accessible to all users. Please view our Accessibility Statement above. The District is not responsible for facts or opinions contained on any linked site. Some links and features on this site require the Adobe Acrobat Reader to view. This website was produced by the Rockland BOCES Office of Communications, West Nyack, NY. Copyright © 2018. All rights reserved.
Copyright © 2002-2022 Blackboard, Inc. All rights reserved.